Disclosure: This Site may contain links to affiliate websites. We may receive small commission for any purchases or clicks made by you on these links at no extra cost to you. I am careful to link to these products and websites which I use myself and recommend. Thank you for your support!
Total
0
Shares
0
0
0

The bullish engulfing pattern forms when a downtrend in stock prices is in force already. You may see it as a continuation pattern also. This happens when it forms in an on-going uptrend.

Bullish engulfing pattern is a bullish signal for stock prices. It means stock prices are likely to move higher in very short-term.

On the day of formation of this pattern, the prices open lower than previous day close. This is because of bearish environment in stock markets.

Prices continue to move further lower. Then the buyers or the Bulls step in. Buyers start pulling the stock price higher. This leads to a close above the previous day opening price.

If you see in the above image, we have a typical bullish engulfing pattern. The stock was in downtrend. The prices were coming lower when the price was halted by a bullish candlestick. After that the stock price starts rising again. The bigger the engulfing candlestick, the more forceful the reversal can be.

You should also look at the volume of the trades on the day of formation of bullish candlestick patterns. Higher volume indicates the more traders participation. More volume indicates likelihood of the pattern to be successful.

Sometimes opening or closing prices for both of these days may be same. At that time, it doesn’t look like engulfing candlestick. It is okay but it should be only one of them, either opening or closing, but not both.

How to Trade Bullish Engulfing Pattern?

Stop loss for the trade is at the lowest point of this pattern. In above example, your stop loss should be just below the lower shadow of bullish candlestick.

After that downside, it starts its up move towards higher resistance.

As these candlestick chart patterns are very short-term, you can use them for intraday trading preferably or for swing trade of a days.

I am a surgeon by profession and a stock market trader by passion. I have been in stock market since 2009 and had attended training sessions with leading broker ICICIdirect. TradingTechnicals is a platform for me to share my knowledge and experience with the beginners in trading and finance.

The Ultimate Guide To Candlestick Patterns For Technical Analysis

Options vs Stocks – What’s The Difference

Great Article !!
Choosing the right trading strategy can be tricky. Hence it is advisable to invest through experienced financial intermediaries.


Disclosure: This Site may contain links to affiliate websites. We may receive small commission for any purchases or clicks made by you on these links at no extra cost to you. I am careful to link to these products and websites which I use myself and recommend. Thank you for your support! 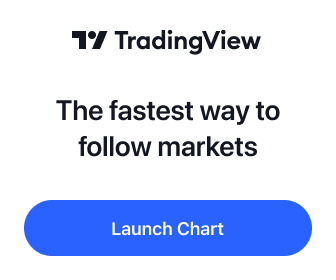