Inverse Head and Shoulders Pattern – How to Recognize and Trade It

Inverse head and shoulders pattern is a trend reversal bullish pattern. It is a frequently seen and a reliable chart pattern in technical analysis.

Head and shoulders pattern is one of the several important candlestick patterns. It is a trend reversal pattern indicating potential reversal in stock price trends. It is considered as a reliable chart pattern.

Chart patterns are important trading tools in the arsenal of a stock market trader. There are different types of stock chart patterns, based on their appearance on the technical charts. Trading chart patterns give more confidence to traders and the targets are more likely to be achieved.

Inverse Head and Shoulder pattern when formed shows that the previous trend of the security is coming to an end and a bullish trend is about to start.

On breakout of the pattern, traders need to be positioned on the long side to catch the big up move that the security may give.

Formation of the Inverse Head and Shoulder Pattern

Inverse Head and Shoulders pattern is formed of two shoulders which may or may not be of equal size and a head which is bigger in size than the shoulders .

A straight line joining the peaks of the shoulder and head curves makes the neckline for this pattern. This neckline can be horizontal or slanting upwards or downwards.

A pattern with upward slanting neckline is considered more strong. In routine you may not see the pattern as symmetrical as shown in figures because securities move randomly and not symmetrically. So you need to be very vigilant to spot the pattern on the chart.

After the formation of second shoulder, when the security breaks above the neckline with higher than normal volumes, it confirms the pattern.

The time taken by the pattern to complete can be days,weeks or months. The longer it takes to complete, the longer it would take take to accomplish the target.

How to trade Inverse Head and Shoulders Pattern ?

Break out above the Neckline is the signal for taking long positions in that security. Point to be taken care of is that volumes of the trade should be higher than average when it breaks out.

Stop loss for the trade is the lowest level touched by the stock when it was in the making of Head of the pattern. Projected target for this trade is the difference in the price of the security at the peak of shoulder 1 and the trough of the head.

Above image shows a typical inverse head and shoulders pattern. However, in this chart, the neckline is sloping downwards. For an inverse H&S pattern, the neckline sloping upwards is preferable. Upward sloping neckline gives more confidence and gives better trailing stop loss.

For H&S pattern, the downward sloping neckline is preferable.

Now, in the above chart, your tendency should be to buy stocks only when a breakout occurs above the neckline along with more than average trading volumes.

Inverse head and shoulders pattern is frequently seen chart pattern in the technical charts. You may never find a perfect pattern but you should keep a hawk’s eye on the charts to locate it and trade it with proper risk management.

How to be a Millionaire by Investing in Stocks

Options vs Stocks – Are Options Better Than Stocks 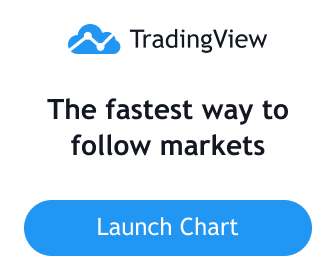 Majority of the traders loose money because they don’t learn the essentials of trading before starting stock trading.
161 days ago
An investment in knowledge pays the best interest - Ben Franklin
163 days ago
Follow

Total
0
Share
We use cookies to ensure that we give you the best experience on our website. If you continue to use this site we will assume that you are happy with it.OkPrivacy policy